Now that I have a new to me kayak I need some carriers for my racks.  I could easily order some but am too cheap and not being able to work on the Mystery Canoe until warmer weather comes I need something to do.  I came up with the idea to make something I could literally drop right on to my racks which is really nothing more than my Mondial rack with a two by four mounted on it.  What I have never liked about foam blocks is they always seem to slide off while you're putting the boat on the racks!

What I decided on is simple to make with just a few hand tools.  I had some foam on hand and junk wood so I all I needed to buy was adhesive.  I got Elmer's Spray Adhesive for under five bucks at the local hardware store.  The 3M product was almost fifteen bucks!!  A helpful hint...wear rubber gloves!  Why I don't just start with them on is beyond me!  After all the screw ups with resin I've made you'd think I would have learned my lesson by now!  That damn adhesive sure is tacky!

After looking at a bunch of carriers online I decided to make them sixteen inches long. I cut my board and then cut a shallow V which I then traced onto the board for the next set. 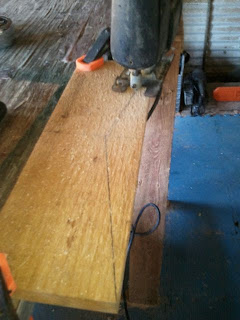 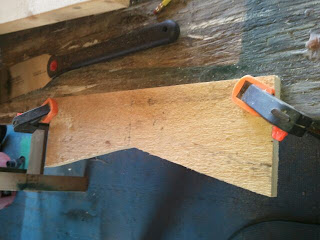 I then used a piece of junk plywood to cut out the end/cap pieces and attached them with some stainless steel screws.


I cut them so they V would be just above the two by four.  If the bottoms of the V boards are too long and are touching the car roof  I will run them through the table saw to shorten them up.  Using some more junk plywood I cut two pieces to cover the top and then cut foam to size.  I did roll the foam strip several times to get it to fit down into the V. 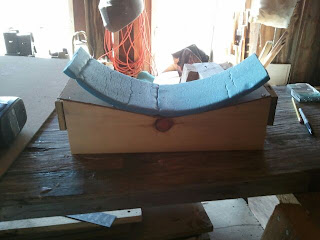 To get some weight on the foam and plywood so the adhesive would make contact and get a good bond I used the cut outs from the shallow V with a board on top of them with a couple of long bricks I had laying around. 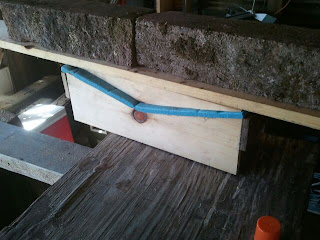 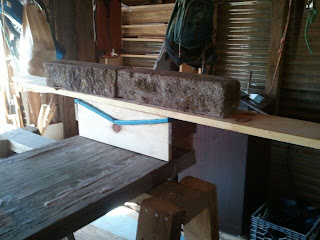 I waited a few hours for drying time even though the can of adhesive says one hour.  The foam was on tight and none of the edges feel loose like they want to peel up.  Total time spent on making one was about two hours but I was figuring out shapes, measuring and making shit up as I went along.  I am guessing the second one will take less then an hour without drying time!  The next step is to see the kayak sits in it but I'm guessing it will do just fine.  If I needed I can add more foam.

Ok, the best laid plans go astray and although I was hoping for the best it didn't happen.  One of the carriers peeled it's foam off.  I'm not surprised, it's the nature of working in cooler weather.  I cut a new piece and reapplied it with additional weight on it.  If that fails then I will tack it down with some small head nails or screws.  I am also adding some more foam as it seems I cut my V's a hair to shallow.  The beauty of DIY is one can always tweak it to make it work! I'll be using these for a while so I guess that is the end of this story!